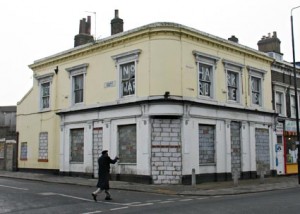 I hear that the University of Leicester is working with English Heritage to explore just what has happened to our traditional English Pubs. Now I do not profess to be a Professor of Pubology but I am an MBO ( Master of the Bleeding Obvious) in Local History.

With 28 pubs a week closing down, you might be tempted to believe that the industry is on its knees. Couple this with the fact that there are now around forty five thousand pubs in the UK, compared with twice that number only a quarter of a century ago, you would think that those puritanical prohibitionist pilgrims from the Daily Mail would be dancing in the streets, provided of course they could find space to do so between all the comatose, beer sodden bodies that they tell us permanently litter our gutters.

Yes, there are fewer pubs but those that remain are, arguably better, busier, more varied and vibrant than at any time during our rich pub going history. What we are witnessing, is a complete transformation of economic and social trends that have rendered many pubs less relevant to today’s society.
Forty years ago, the pub would be the first port of relaxation and refreshment for hard working men folk after a hard shift down the pit, in the foundry or at the mill. Having weaved their way home, there was no satellite dish on the roof or forty inch plasma in the lounge beaming in the latest movie blockbuster or Champions League game so they went back out again.

Young adults would spend their time playing football, darts and pool for the local pub team, not secreted away in a darkened attic with an X box, eradicating the world of flesh eating zombies. If they were lucky enough to have a car, it’s a safe bet that their insurance premium actually cost less than the vehicle itself. When they felt the need to make a phone call, it entailed a walk to a box with a ten pence coin, not a contractual direct debit commitment signing away two thirds of their disposal income in return for the privilege of speaking to someone in the next room or tapping out unintelligible coded messages on devices that now appear to be genetically moulded to the left hand.

The frequency of pub visits has declined gradually but proportionately over the last twenty five years as people have discovered new and different ways of spending their precious leisure time. Contrary to common consensus, pubs have not priced themselves out of survival as a pint of beer now, in relative terms, and as a proportion of average income, represents better value than it’s ever done.

Whilst forty years ago the price of a pint was 14 pence, compared to £2.87 today, average earnings have risen proportionately. The big difference is in how we spend those earnings. Average household never used to have three cars on the driveway and four foreign holidays a year: a bus trip to Butlins every July was today’s equivalent of an exotic annual intercontinental adventure.

The decline in pub visits however, was not mirrored by a proportionate decline in the number of pubs. Big Pub Companies, invested huge sums of money that they didn’t have, in huge numbers of hugely overpriced pubs. Huge mistakes! As business declined, they could not offload these properties and so created a revolving door of hapless and helpless licensees, often investing and very quickly losing, their life savings or redundancy money in the their dream of running a pub. Now, as more of these pubs are eventually calling last orders for the final time it is dispersing those customers who still cherish the character, tradition and experience of Great British Hospitality into fewer, but more viable and vibrant pubs.

For every ten pubs that are closing, a new one is opening but these are much more reflective of contemporary needs and matching very specific requirements and occasions. So numbers may continue to decline but quality, choice, value and service continue to soar.
I will be fascinated to read the University of Leicester conclusions.