Did you know that until 1957, there was a full programme of Football League fixtures on Christmas Day, with the reverse fixtures taking place on Boxing Day? Madness!

Thankfully that is no longer the case and the scheduling is now a little less disruptive, so you can enjoy your Christmas Dinner in a timely manner and won’t have to miss the Queen’s Speech – phew!

Click here to find pubs & bars near you with Sky Sports.

Click here to find pubs & bars near you with BT Sport. 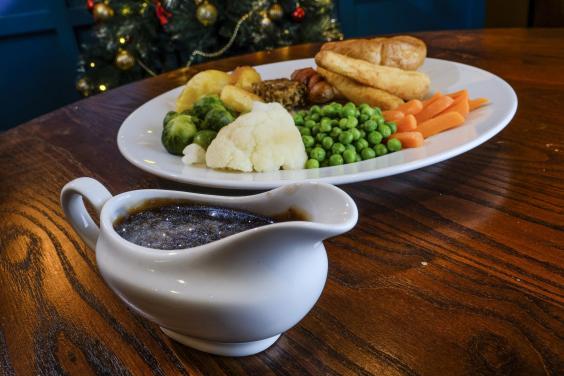 If you’ve ever looked at your roast dinner and thought that it could do with a being jazzed up a bit, then we have just the pub for you. The Fox Under the Hill in South East London – famous for its generous portions – has introduced the UK’s first ever Glitter Gravy, and it’s just in time for Christmas!

Throughout December, visitors to the Hungry Horse pub on Shooters Hill will be able to add the sparkling side order to a variety of meals including a traditional Christmas Dinner with all the trimmings, Butternut & Cashew Nut Roast, and Christmas Pie.

Ashish Patel, general manager at the Fox Under the Hill, said “Christmas is one of our favourite times of the year, as it’s the one time we can go all-out on festive decorations, twinkling lights and Christmas cheer!

We’ve seen some wacky food trends over the years, and our glittery gravy is no exception – it’s the perfect way spread festive cheer in December.”

Unfortunately, unless you happen to be in the capital in the next few weeks you’re going to have to admire the gravy in all its glittering goodness from afar. But have no fear, it’s quite possible that if the newest addition to the Festive Menu proves popular it could be made available in all 292 Hungry Horse pubs in the future! 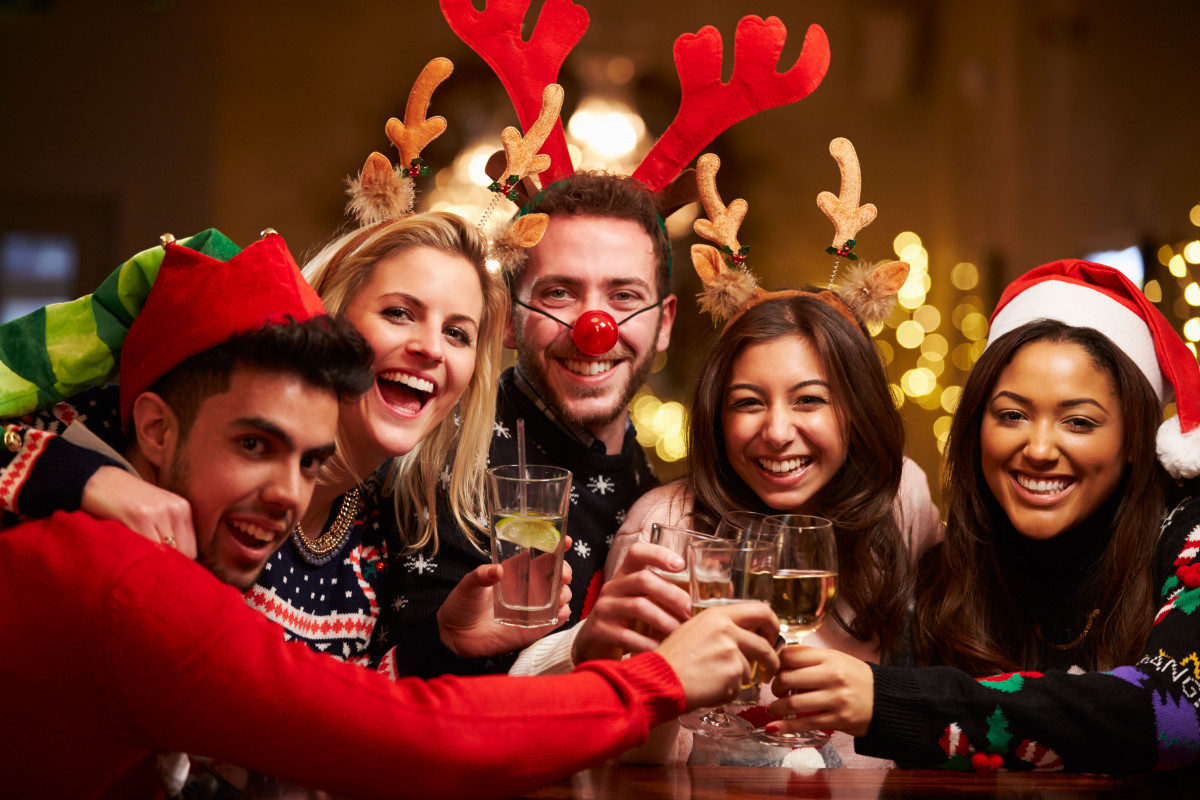 I was a barmaid for a large portion of my life before coming to Useyourlocal, and I am still partial to the odd shift in my local, even now, because I love it and I love being on the bar – for the most part.

Anyone who has ever worked with the general public at Christmastime will know that it inexplicably sends people a little bit mental. Add alcohol into the equation and it can be an absolute nightmare. Enter, the nation’s loyal bar workers.

They’re the ones pulling the pints, serving the food and generally making sure we all have a great time during the festive season. And while I’ve no doubt they love their jobs, this is by far the busiest and hardest time of year for them and it’s nice to show a little bit of appreciation.

So, to keep us all humble, here are 5 of the worst things our beloved bar staff put up with during the festivities – we salute you!

Pubs are amazing places to be, especially during Christmastime, so understandably everyone wants to be there – and all at once, it seems. This means the pubs are busy, it’s inevitable and it’s the same every year but that doesn’t stop some people forgetting their manners, as well as all concepts of time and before you know it, 5 minutes seems like half an hour and everyone is getting a little impatient. But I promise you, however stressed you are waiting for your drink, the person serving it is feeling the same x 100 – and they’re sober, and their feet probably hurt – you’ve got it better, trust me.

All day drinking means that rather than revellers losing their lunch when they get home at 2am they’ll probably do it at 4pm, and rarely where you’d want them to. Some might argue that working in retail is the worst possible gig at Christmastime, but I think it’s unlikely that you will ever have to clean up Jaeger laced vomit with a side of sprouts during a shift at the local Next store.

I am the most festive person you will ever meet but even I have my limits. Hearing the same Christmas songs on repeat for a full month can eventually become torturous. Particularly when you’re being serenaded with ‘The Fairytale of New York’ for the 17th time in a day by a group of 30 drunk blokes wearing paper hats and reindeer jumpers.

I am guilty of this, but I have also endured it so I’m only being semi-hypocritical. It’s understandable, everyone is having a great time, and no one wants it to end, even if the staff are literally mopping the floor around your feet. But chances are, that person needs to be back again in 12 hours or less for their next shift. So just go home and raid the kids’ advent calendars or something.

Nobody wants to be at work when it seems like the whole world is having a party. But the only thing worse than missing out on the good times, is missing out on them whilst also actually being there. It’s the paradoxical life a bar worker and it’s rubbish. Be kind!

Remember, a local is for life, not just for Christmas. 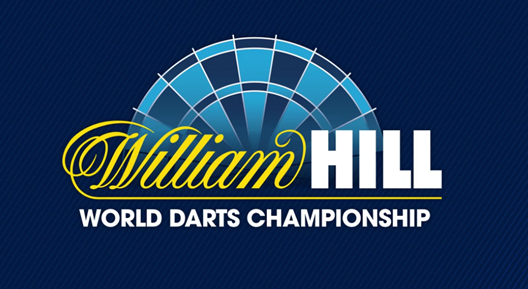 Darts is one of the original and most loved pub games that has stood the test of time and become a recognised and respected global competitive sport. Every year the festive period brings with it the ultimate event of the Darts world, as London’s iconic Alexandra Palace plays host to the PDC World Championships.

Big names from all over the globe come to participate, including defending champion Michael Van Gerwen. However, the star of the show this year is Britain’s very own Phil ‘The Power’ Taylor, who has dominated the competition since it began with an impressive 16 wins from 28 consecutive appearances. This year’s tournament will be Taylor’s last before his retirement from the sport.

Continuing their 25 year partnership, all the action will be shown live across various Sky Sports channels with the inclusion of dedicated channel Sky Sports Darts. Below is a list of all sessions and coverage.

Click here to find pubs & bars near you with Sky Sports. 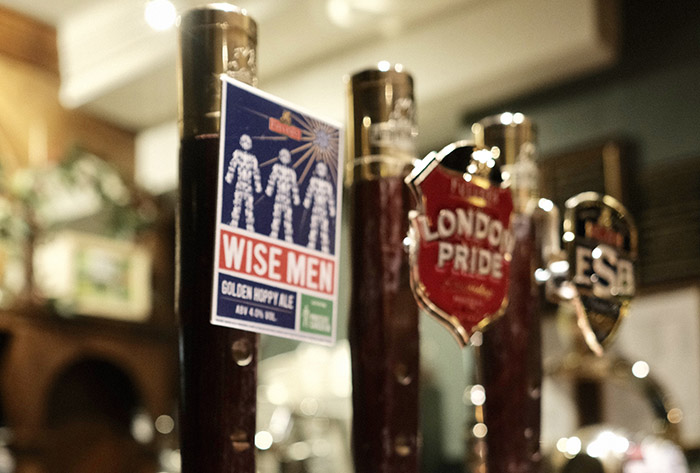 After last year’s success the seasonal beer is available once again throughout December in Fuller’s managed and tenanted pubs, as well as independent free trade outlets.

Wise Men is a 4% ABV golden, cask only ale, described by Fuller’s as: “A hoppy beer with malty, tropical notes and a subtle hint of blueberries thanks to the American Mosaic hops we’ve brewed it with.”

For every pint of Wise Men that is sold in a Fuller’s managed pub, 50p will be donated to Prostate Cancer UK, while every firkin sold to tenants and free trade customers will contribute £40.

The money raised by the participating outlets and their customers will go towards research into diagnosis, treatment, and prevention of the disease, as well as supporting men who are affected and their families.

Prostate cancer is the is currently the most common cancer in men in the UK, with 11,000 men dying each year, and is set to become the most commonly diagnosed cancer overall by 2030.

James Beeby, Director of Fundraising at Prostate Cancer UK said: “We were delighted to find out that Wise Men was going to be back for the second year. Not only are Fuller’s raising money to help fund research for prostate cancer through selling and brewing the beer this Christmas, but they are also raising vital awareness of the disease among their customers. I’m looking forward to a pint very soon!”