Well, it would take ages for us to list all the reasons, so we’ve made this handy video instead…

It was celebrations all round last night as the 94 County Winners of the National Pub & Bar Awards gathered at BAFTA to receive and celebrate their well-earned accolades, and find out who would be crowned best in their region. There was also a very special award for one lucky winner who would be named the overall National Pub & Bar of the Year.

The awards, which are hosted annually by Pub & Bar Magazine, have become a notable event in the on-trade calendar, offering the hard-working teams from pubs and bars around the country a rare chance to let their hair down and celebrate their achievements.

Tristan O’Hana, the publication’s editor, last night said, “What makes the National Pub & Bar Awards so special is that everyone in that theatre was there to celebrate being the best in their county. The occasion is an opportunity for the whole of the UK to acknowledge the incredible work that these businesses do for us all – our pubs and bars are a huge asset to local communities, as well as the whole of the country.”

Fifteen Regional Winners were chosen – you can see the full list here – while the prestigious title of National Pub of the Year was awarded to The White Horse at Chilgrove.

After receiving the award, landlord Richard Miller told Pub and Bar Magazine, “This feels amazing. We drive the team really hard and we demand a lot from them, so to be recognised because of them is brilliant. This award is for the team and all their hard work. I’m really proud. This award will be fantastic for business.” 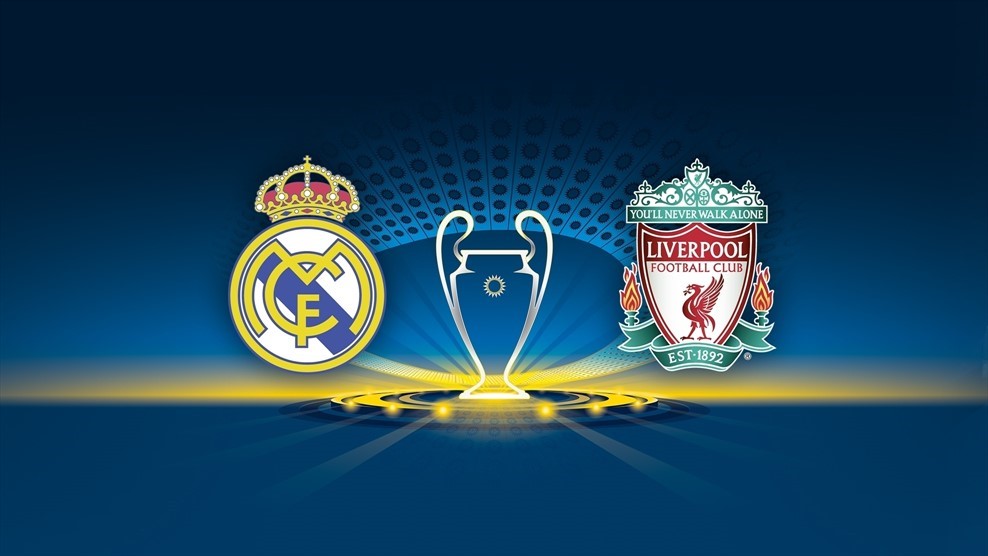 Fasten your seat-belts, sports fans because this weekend two of the best attacking sides in the world of football, Liverpool and Real Madrid, will come head-to-head in the final of what has arguably been one of the most entertaining tournaments in recent years. It’s all very exciting.

Historically, both teams have featured prominently in the Champions League, and while the former have been somewhat absent from the latter stages of late, they retain the title of being the most successful English club in its history. Now, in this grand finale, they will take on the greatest club the competition has ever seen.

A win for Real would be lucky number 13, more than any other club, and would give the Spanish giants their third consecutive Champions League title – a feat not achieved since Ajax and Bayern in the 1970s. They are also the first team in 20 years to reach 3 successive CL finals, the last being Juventus (1996-1998).

It was they, you may recall, who took Real to the brink of elimination in this year’s quarter-finals, before being spectacularly vanquished by that penalty. Scored, of course, by none other than human Marmite, Christiano Ronaldo.

For the sixth year in a row he leads the scoring in the tournament by an impressive 5 goals, as well as, unsurprisingly, holding the record for the most goals in CL history. His current tally stands at 120 – that’s 20 more than his arch-rival Lionel Messi, and 49 more than 3rd placed Raúl González. He’s also the only player to ever score in 3 Champions League finals. So he’s really quite good.

Given their past form you’d be forgiven for thinking that Real could have this one all but in the trophy cabinet. After all, Liverpool’s last appearance at this stage came 11 years ago, their last win 13 years ago, and not a single member of their current squad has ever played in a CL final. That being said, you don’t get this far in of one of football’s biggest competitions without having something a little bit special to offer. Enter, Mo Salah.

Since signing for the Reds last June ‘The Pharaoh’ has spent most of his time casually breaking club and cup records. His 44 goals in all competitions this season put him within touching distance of Liverpool legend Ian Rush’s record of 47, set back in the 1983-84 season. It also makes him the Premier League’s all-time top goalscorer for a 38 game season, and consequently the 2017/18 recipient of the Golden Boot.

Meanwhile, in Europe, Salah’s brace in the Merseysider’s 7-0 win over Maribor contributed to the joint-largest win in Champions League history, and the largest ever by an English team. Overall his 10 goal haul (so far) has helped enshrine Liverpool into the CL record books. With their current count of 40 goals being another all-time best for an English club, and more than any other club this tournament (Real have 30).

All in all, it’s pretty close stuff. The two teams have met five times in this competition with Liverpool winning three games and Madrid two. Liverpool have scored six goals while Madrid have scored four. But it’s worth noting, if only so you can impress your mates down the pub with your superior stats knowledge, that this match is a repeat of the 1981 title clash, where Liverpool prevailed 1-0 following Alan Kennedy’s 82nd minute goal. That result happens to be Real Madrid’s last defeat in a Champions League final. Until now?

See, told you it was exciting.

The game will take place at the Olympic Stadium in Kiev, kicking-off at 7:45pm GMT and you can catch it in any of these lovely pubs. Enjoy! 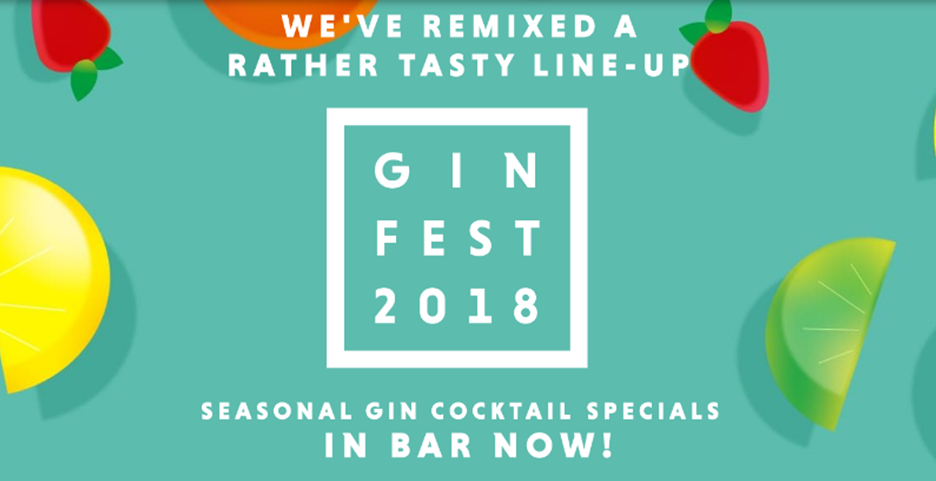 To celebrate the arrival of summer, Revolution bars up and down the UK are bringing you lucky cocktail lovers Gin Fest 2018.

There are 11 delicious gin-based beverages to choose from, all brand-new and available in a venue near you.

And what’s better…they’re all 2-4-1 during happy hour – happy indeed! 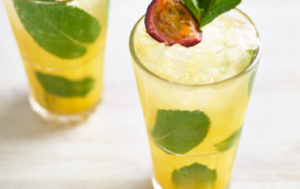 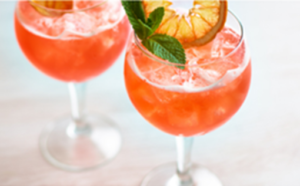 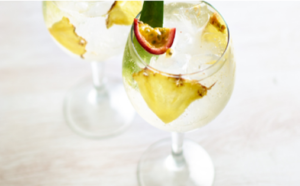 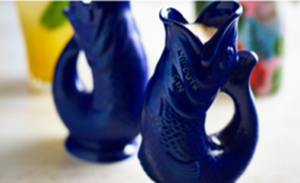 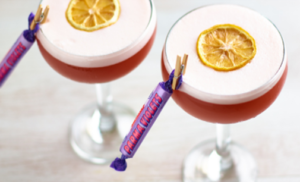 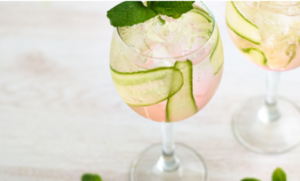 Hendrick’s gin and Fever-Tree Naturally Light tonic water with a hint of rose syrup, topped with a mint and cucumber garnish. Guaranteed to get you in the mood for mischief. 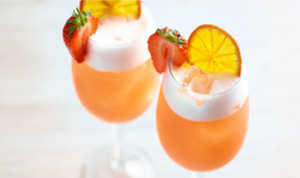 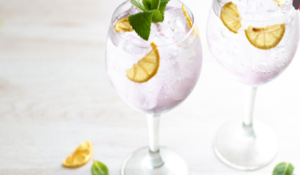 Monkey 47 Schwarzwald Dry gin and Fever-Tree Naturally Light tonic water, with a touch of sweet lavender. Garnished with lemon and mint, so good it’ll make you swing from the trees. 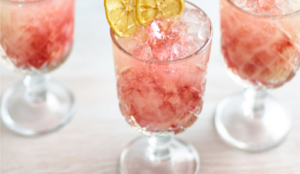 Who can resist the classic blend of Aviation gin with lemon, sugar syrup and blackcurrant liqueur? A most beautiful balance of sweet and sharp. 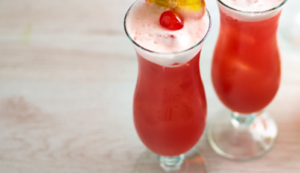 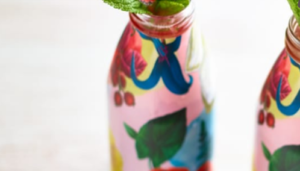 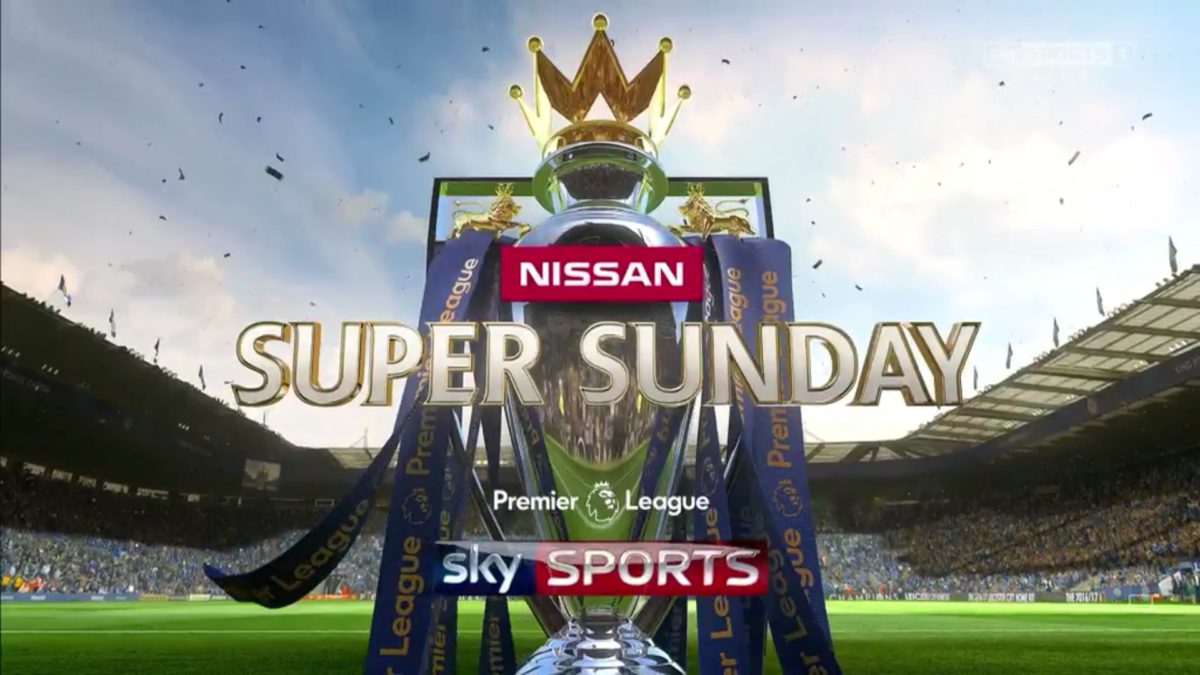 This Sunday the 2017/18 Premier League season will draw to a close, and while a number of fates have already been sealed there is still all to play for at both ends of the table.

Chelsea will take on the mighty Newcastle United (slight bias acknowledged) in an attempt to snatch the last top 4 spot over currently leading Liverpool. However, should the Merseyside men avoid defeat at home to Brighton, the Blues will have to settle for Europa League football next season.

Down at the other end of the table, Swansea are hoping for not only victory over already relegated Stoke, but a 10-nil thumping for Southampton in order to keep their Premier League dreams alive for 2018/19. It’s unlikely, but Southampton are playing current reigning champions, Manchester (score when they want) City, so you never can tell.

As usual, all games will kick off at 3pm with 3 games selected for broadcast on Sky Sports. You can find a fixture list below and your nearest pub showing Sky Sports – here. Sorted!

Sunday 13th May (All fixtures 3pm)