“It tastes so much better over here, you guys are keeping all the best stuff”.  He’s right. Why is it that Guinness always tastes better in Ireland?

And if you want to learn how to pour the perfect pint click here: www.youtube.com/watch?v=B5UedfCySQk&feature=fvsr 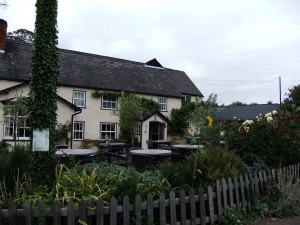 British people like pubs. It’s as simple as that. They might not go to them all the time, or stick a ‘save my local’ bumper sticker on their car, but every single piece of research I’ve seen in twenty years of working in the industry says that British people would rather have pubs than not. And that’s a brilliant start isn’t it?

Over the years there have been various nationwide campaigns to try and help the pub industry. I absolutely believe we need to keep those up. It’s great to ensure MPs are being badgered by their local communities to take an interest in pubs, in taxation on beer and in how we keep pubs at the heart of British life.

Working together has got to be better than working in isolation. And yet, part of me feels like this group action might also be taking responsibility away from individual publicans, brewers and every single one of us to make pubs better.

Why is it that some pubs are full? Why do some pubs offer all sorts of brilliant extra things to their consumers from quiz nights to dog washing to parcel collection? How have some pubs got it so right, when others are empty?

The answer I’m afraid lies in part with the individual publican. Wherever they are from city centre to tiny village, they’ve made an effort to understand the needs of their local community and then created a space that is enticing and relevant today. You can’t just stick free Wi-Fi in your pub and sit back to watch the crowds come in.

I love pubs, I love this industry and I want it to succeed. So just as you might tell a good friend they’d got it wrong, I’d like to say in the nicest possible way that we could be accused of being stuck in our ways, of being lazy and of not putting our consumers first.

We’re in the amazing position of people wanting pubs. Let’s make the most of it. If each pub in the land did five things to make itself an even better place to be – from improving its drinks offering, to tidying up the beer garden, to getting round to sorting out its website – then we’d be in better shape.

And if every single one of us (instead of just liking the ideas of pubs) actually went to one a month for the next year then that would be a good start. But it would be even better if we took responsibility for helping the landlords and ladies by giving them direct feedback. Tell them what they are doing well, and what they could do better. Don’t just go home and grumble about how useless your boozer is, actually do the un-British thing and complain. You can do it nicely at the bar, or if you feel uncomfortable you can do it here online.

Then we as an industry, and as individuals, have to promise to listen and to act. We have to avoid being defensive, or blaming someone else. We have to hear our consumers out and if it’s sensible try to do something about it. Because if they take the time to tell us, and we all listen, then every single pub in the country will be a better place to be. As the famous meerkat says. Simples.

By Stuart Mills, founder useyourlocal.com, as featured in Host magazine 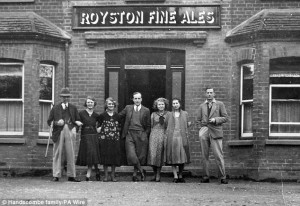 97 year old Teddy Handscombe is campaigning to save her local pub, The Plough in Shepreth, Cambridgeshire.  Teddy’s parents, Fred and Ellen Lee, ran The Plough in the 1930s and 1940s, where some of the Second World War’s greatest fighters drank during the war.  Read here to find out more.