I marvelled at the footballing skills of Eric Cantona. I was engrossed by his philosophical musings about the seagulls following the ship and he rose to Deity at the moment that he rose, majestically to Kung Fu kick the cowardly Crystal Palace fan who naively thought it safe to insult Eric from the security of the terraces. These all pale into insignificance, however, when I watch him lampooning today’s crop of Premier League prima donnas as he declares that their status has been usurped by the Farmers of Alsace who harvest the Strisselspalt hop that creates magic dust sprinkled into Kronenbourg 1664.

I was amazed to learn that the advert had been temporarily suspended due to a complaint to the Advertising Standards Agency on the grounds that the ad was misleading. I was even more amazed, nay stunned, to discover that this complaint was supported, if not submitted by the MD of the company that produces Kestrel Lager. He claims that claims of spurious provenance is unfair competition.

If I were marketing Kestrel, I would be more concerned about competition from Methylated Spirit distillers than a global brewer.

To test his assertion about misleading impressions created by branding I nipped down to the local off licence to compare Kronenbourg with Kestrel. I had to use the off licence as I could not find a pub within 200 miles of my base that sells Kestrel. I took a sip of Kronenbourg and wow! I had an immediate urge to slurp a lump of sloppy brie, chew a chunk of raw garlic and passionately kiss the deputy speaker of the French Parliament.

Conversely, I took a sip of Kestrel, hurled the can into the air and watched for it to soar silently and serenely across the skyline and hover menacingly above a hedgerow waiting to swoop upon an unsuspecting dormouse. It did neither……..it plummeted into the recycling skip to which it had been aimed.
Drinks Branding and Advertising is not to be taken literally but is vitally important to the pub trade in creating the aspiration and motivation to consume premium products in the environment and upon the occasion for which they were intended. Most sensible people get that. Thankfully the Advertising Standards Authority get it too and have now overturned Eric’s suspension. 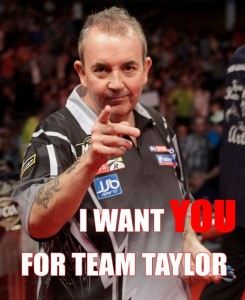 Fifteen times darts world champion Phil “The Power” Taylor has started his search for the next POWERS of darts and he is looking for dart-playing pubs/clubs across the United Kingdom to host weekly qualifiers for the event. This is a great way to get dart-playing punters into their locals and get your pub on the map – advertised by Phil himself. The next Phil Taylor could be on your doorstep. 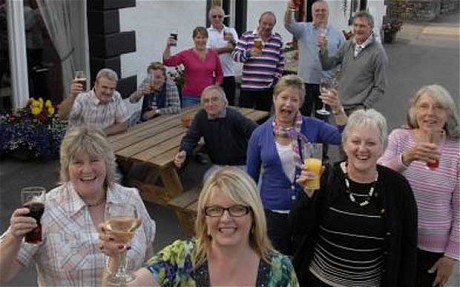 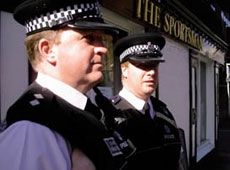 Pubs across London have joined a campaign called ‘Buy a Bobby a Beer’ — pledging to thank the emergency services for their help during the riots.

The group, launched on Facebook, is asking pubs to pledge a beer to a member of the police and other emergency services.

Fuller’s has joined the campaign and during the weekend of 19-21 August will be offering a free drink to any member of the England and Wales Police, Fire or Ambulance Services who presents a valid warrant card in a participating pub.

Or visit www.buyabobbyabeer.com for more details.

The Duke of Cumberland Arms in Henley, West Sussex, has been named Pub of the Year in the Good Food Guide 2012 Editor’s Choice Awards.

Goodman: head chef at the Duke of Cumberland Arms in Henley, West Sussex

Simon Goodman, head chef/patron of the freehold, was named Pub Chef of the Year in the PMA’s Great British Pub Food Awards 2010.

“I was very, very impressed with the pub from the time of booking,” said guide editor Elizabeth Carter.

“It is not formal, a nice, friendly pub with efficient, friendly staff and a can-do attitude. It does very, very good food without veering off into the realms of fancy restaurant whips and foams.”I would encourage other publicans to go there and see how its done.”