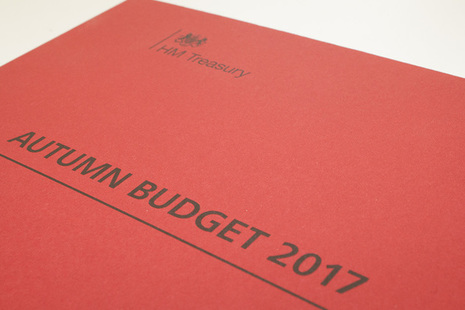 After months of campaigning from leading voices across the brewing and hospitality sectors the Autumn Budget was unveiled yesterday with Chancellor Hammond seemingly heeding requests to relieve some of the pressures felt throughout the trade. Following an unexpected and challenging Spring Budget, which saw increases in both Beer Tax and Business Rates, a number of organisations came together to form a cross-industry coalition urging the government to reconsider the crippling regulations.

These organisations included; the British Pub & Bar Association, CAMRA, the Association of Licensed Multiple Retailers, the British Institute of Innkeeping, the Society of Independent Brewers, Maltsters Association of Great Britain, Pub is the Hub, and the British Hop Association. Writing to the Chancellor back in October after a well-publicised campaign, the group highlighted the impacts of the substantial taxes imposed upon the industries despite their considerable contributions to both the economy and society.

So, what were the main points of the campaign?

What measures did campaigners request the Government take?

What has the Chancellor offered?

What does this mean for pubs?

(Estimates of annual savings courtesy of the BBPA)

What more needs to be done?

Overall, yesterday’s announcements have been a short-term step in the right direction and it would appear that the government could be starting to listen to the concerns put forward by campaigners. But the feeling remains that there is still much to be done if the Government truly recognises and wishes to maintain the vital role that the great British pub plays in our society. The fight is far from over!