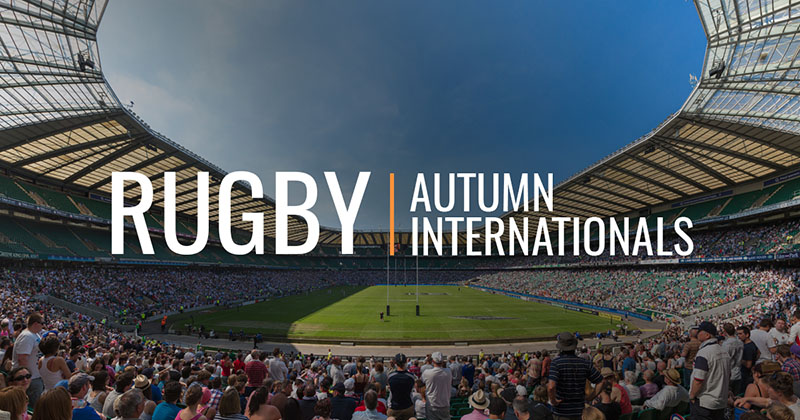 The Autumn Internationals return this week with the home nations’ first fixtures scheduled for Saturday 11th November. For those of you who will not be making it to the games we have put together some handy lists of all the pubs within a 2-mile radius of the 3 stadiums, so you can still soak up the atmosphere while enjoying a pint.

First up, Head Coach Gregor Townsend will oversee his maiden home tie as Scotland welcome Samoa in game 1 of 3 to be held at Murrayfield. Scotland have won 8 of the 10 meetings between the two teams, the latest being last year’s narrow 36-33 test match victory. For pubs near Murrayfield click here.

The 3 o’clock kick-off sees England take on Argentina having beaten the South American side 27-14 during last year’s Autumn Internationals. This will be the 23rd test match between the 2 sides with England taking 17 wins and 1 draw. The game will be the first of 3 in the Old Mutual Wealth Series at Twickenham. For pubs near Twickenham click here.

Finally, Wales contest the first of four games to be played at the Principality Stadium in the Under Armour Series. They will challenge Australia for the James Bevan Trophy – created in 2007 to celebrate 100 years of rugby between the two teams. Of the 40 test matches played to date, Wales have won 10 and drawn 1, meaning Australia have an impressive 29 victories under their belt. The last win for Wales came back in 2008 at the Millennium Stadium. For pubs near the Principality Stadium click here.